The boast of our Company is the extra virgin olive oil certified since 2000 as D.O.P. (protected origin denomination). The cukivars on our land are those typical of the territory which have always been present: “Leccino” and “Casaliva”.

The harvest is carried out by hand so as not to damage the fruit which is taken to the olive press within the following 12 hours and kept for this short time in aerated crates in a cool and ventilated location.

The pressing is cold-pressed in the presence of the Company owner who, as soon as the oil is ready takes it to the Company for it to be filtered . At this point the product is collected by the C.S.QA. (Certification Ente D.O.P.) for quality certification. Only then can our oil be bottled in dark glass bottles of 0.50, 0.75, litres to ensure ideal conservation.

It is an oil with extremely low acidity and therefore particularly suitable for small children. It has an intense yellow colour with greenish reflexes, fruity and slightly almondy taste with a delicate and discriminating flavour.

It can accompany all types of dishes but particularly those with a basis of fish, excellent addition in its natural state to vegetable puree, minestrone, raw or cooked vegetables and as an addition to other sauces (especially with a tomato base) for all types of pasta. 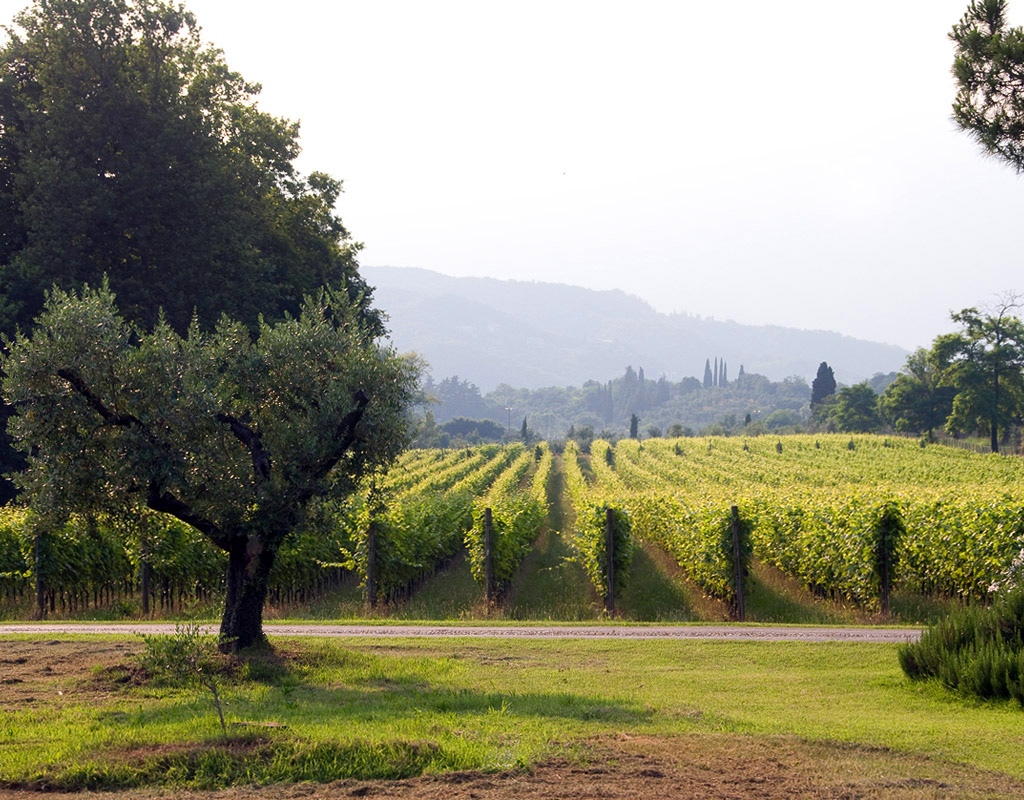 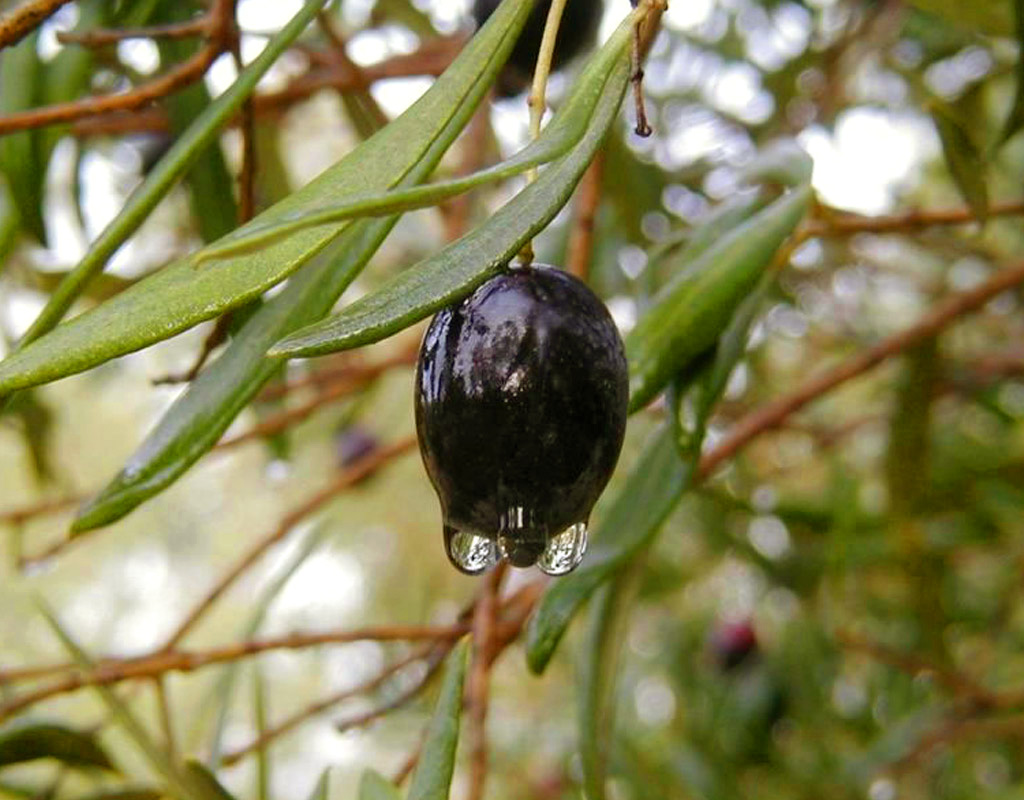 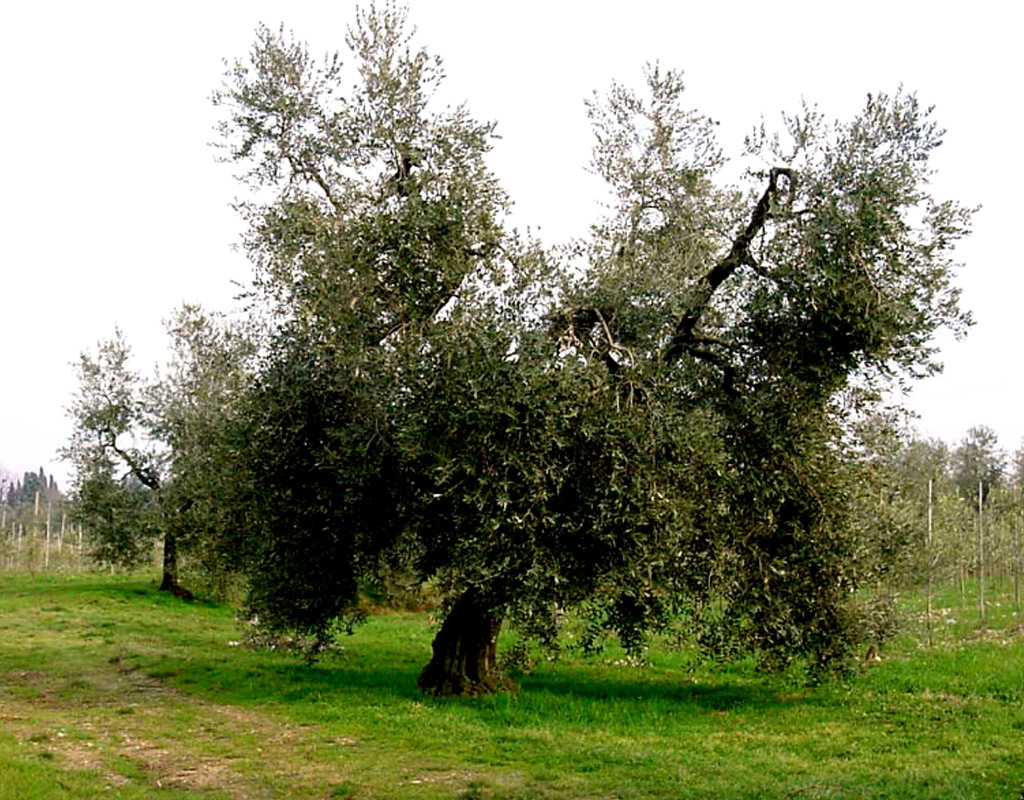 To be called virgin olive oil must be obtained from the fruit of the olive tree only by mechanical processes, in conditions, especially of temperature, that do not cause alterations of the oil. The oil must not have undergone processes other than washing, decanting, centrifugation and filtration.

Olive oils obtained with solvents, re-esterification processes and blends with different oils are not considered virgin. An “extra virgin” olive oil must have an oleic acid content (degree of acidity) lower than 1%.

The quality of an olive oil depends on many factors: the cultivar (olive tree); the state of the olive tree and the fruit at the time of harvest; the technology followed in production, harvesting and extraction; the storage conditions.

The legendary olive tree and the oil obtained from its fruits have accompanied the history of humanity. 8000 years ago the olive tree was already cultivated in the Middle East and the first cultivations were most likely in Syria or Crete.

The Phoenicians later spread this cultivation on all the coasts of the Mediterranean, Africa and Southern Europe. With the Greeks the cultivation of olive trees became more and more numerous, but it was the Romans who tried to cultivate these polyvalent fruits in each conquered territory (neglecting in some cases the existing crops of southern Italy).

In many cases the Romans ordered the conquered populations to pay taxes in the form of olive oil. The Romans also managed to build the first tools for pressing olives and to improve more and more the techniques for conserving oil.

From the beginning the olive tree and its fruits have been present in the history of men both in sacred rites and in daily life, in fact the oil was used not only to enrich food but also in massages and cosmetics. The oil was used exclusively for cleaning and hygiene.

The ancient Romans classified olive oil in five qualities: “oleum ex albis ulivis” from the pressing of green olives, “oleum viride” from olives harvested at a more advanced stage of ripeness, “oleum maturum” from olives ripe, “oleum caducum” coming from olives fallen to the ground and “oleum cibarium” coming from almost dried olives which was destined to feed the slaves.

The numerous tools for harvesting and pressing olives, found by archaeologists in various excavations in the Mediterranean area, as well as various passages from the Bible and the Koran demonstrate the historical importance of this olive fruit and the work of men.

Even at the dawn of the third millennium, olive oil is a product full of mysticism and above all a fundamental component of the now famous Mediterranean diet, a trend of which many experts attest to its beneficial aspects for health.

The enormous variety of aromas that olive oil can have makes it a food that can be used in any type of cuisine. The first users were obviously the peoples of the South who, thanks to the healthy Mediterranean diet, hold the record for the lowest rates of cardio-vascular diseases.

Connoisseurs and amateurs know that olive oil can be fruity or spicy, sweet or bitter, strong or delicate; in fact its taste is strongly determined by various natural factors. Like wine, it can therefore be very different depending on the sun, the quality of the harvest, the climate, etc.

However, three main categories of oil can be distinguished according to its degree of acidity and its purity:

extra virgin olive oil: It is the best oil that can be produced, not subjected to any processing or refining process. It has an acidity level of less than 1% (1 gram for every 100 gr).

virgin olive oil or pure: The degree of acidity of this oil is approximately 2% and like the extra virgin it is not refined.

fine olive oil or olive oil: It is composed of refined olive oil to which virgin olive oil is added to improve its taste. The maximum degree of acidity is 1.5%.

Pomace oil: It has a maximum acidity level of 1.5% and consists of pomace to which extra virgin olive oil is added.

Unlike other edible oils, extra virgin olive oil is mainly made up of monounsaturated fatty acids, with the presence in the right quantity of linoleic fatty acid, polyphenols, vitamin E and beta carotene.

The presence of these antioxidant elements makes extra virgin olive oil particularly important for our health. In fact, it has been scientifically verified that its constant use favors a lowering of “bad” cholesterol (LDL) and a simultaneous increase of “good” cholesterol (HDL), helping to prevent cardiovascular diseases and atherosclerosis.